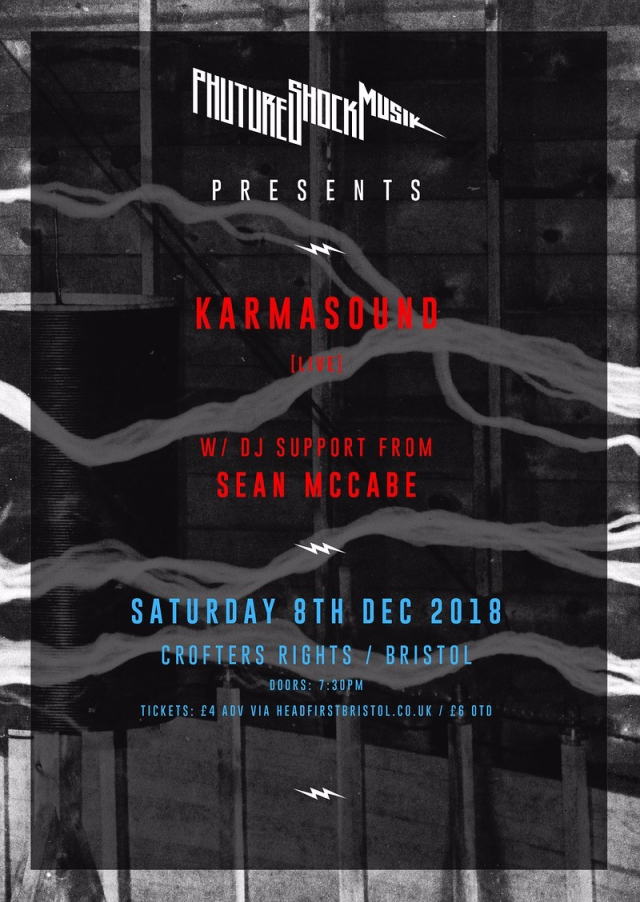 Phuture Shock Musik are thrilled to welcome Damián Botigué aka Karmasound, all the way from Barcelona, to play his debut UK live gig at Crofters Rights in Bristol on 8th December, to launch his forthcoming single ‘Can See Thru You’.

Given Botigué’s South American roots, his compositions draw on various Afro-Latin styles such as Candombe and Batucada, whilst encapsulating a diverse sonic brew of jazz fusion, funk, hip hop, broken beat and electronica, all of which makes up his soulful and highly musical sound.

In a live capacity, Karmasound takes a one-man band approach, performing with a hardware set-up made up of keys, synthesizer, drum machine and his own vocals to construct his mesmerising, groove-driven arrangements. The exciting opportunity to see this rising talent perform live on British soil for the first time; at Bristol’s Crofters Rights is sure to be special and therefore not to be missed.

Providing stellar support on the night is special guest Sean McCabe, who will be playing a DJ set guaranteed to light up the dancefloor.

Based locally in Bristol, the prolific house producer/DJ is long renowned for his superb DJ sets and classy, soulful productions and remixes that have been released via the likes of the legendary King Street Sounds, Joey Negro’s Z records, Local Talk and his own Good Vibrations imprint; as well as regularly hosting the reputed party of the same name.

Error: Twitter did not respond. Please wait a few minutes and refresh this page.