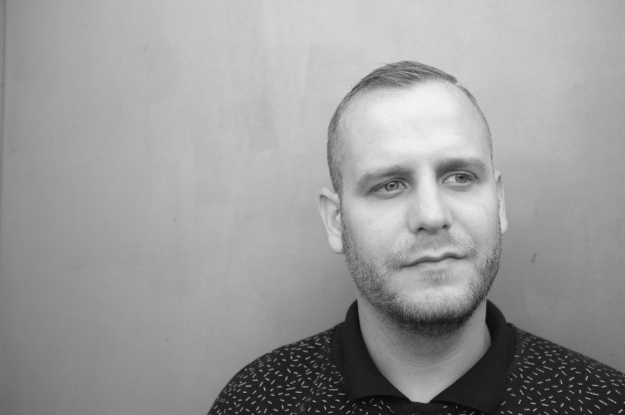 Damián Botigué aka Karmasound is the free spirited DJ, beat making maestro and self – taught musician straight out of Buenos Aires, Argentina , grew up in Galicia and currently residing in Barcelona, Spain.
A turntable specialist from the real school, he’s a sound-a-holic whose musical diversity covers jazz, funk, soul, hip-hop, latin, fusion, electronica, and pretty much any other genre you care to file.
Like a producer, he experiments in broken beats, afro-latin grooves and synthesized sonica are to behold because for him there are no barriers, no limits.

The Argentine musician and producer has plied his trade for a number of years, which has yielded collaborative projects and releases beyond his homeland; including the self-released ‘Magnetic Love’ EP and later compilation appearances on Tokyo Dawn and BBE Records as one half of electronic soul act Saturn’s Children – with London soul singer-songwriter Emeson. While further production has surfaced on releases by Spanish hip hop outfit K.A.O.S, collaborative works under the moniker Evan& Damian, not to mention a few low-key efforts of his own.

Having released his first 12” ‘Probabilidades’ EP on the Bristol imprint to wide acclaim in 2018, followed by a solid sophomore effort ‘Can See Thru You’ one year later; whilst also contributing to recent projects by label mate Cyclonix and Wolf Music signee Pedro, and his recently and acclaim 12” on Colombia´s label Nómada Records.

Karmasound has steadily gained momentum to graduate comprised of ten tracks steeped in existential themes, ‘La Búsqueda’ stands out as the producer’s most personal and accomplished work to date, where jazz – particularly of the 70’s Latin fusion/funk variety – is a key source of its inspiration in terms of sound, yet with a contemporary electronic- infused spin and loosely within a broken beat context.